The future of HBO Max is a bit strange right now, a fact that has been widely documented over the past couple of weeks. A lot of programming, both acquired and original, has been wiped with little warning, and the programming that survives now has a rocky future ahead of it. The decisions being made over at Warner Bros. Discovery regarding these removals have been controversial at the very best, but all we can really do is sit back and watch what happens live.

At the same time, it’s hard to deny that the incoming movies and television shows in September look pretty interesting. You’ve got Warner Bros. theatrical releases finally hitting streaming, season premieres of shows arriving after far too long of hiatuses, and even some programs from the Discovery+ Magnolia Network. Whatever your mood, it’s likely that HBO Max will be adding something that tickles your fancy in September. Here are five releases we think you should check out, as well as the complete list of movies and television shows that will be dropping throughout the month of September. 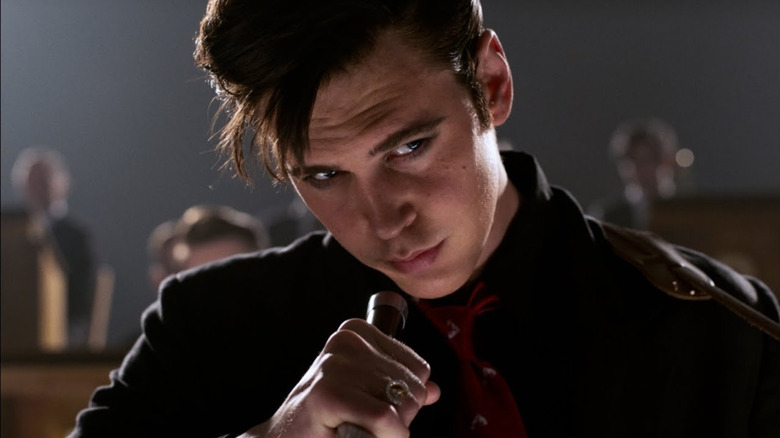 Are you ready to hear Elvis sing the Santa Claus song again? We sure are, and thank goodness we’ll now be able to stream those wonderful performances on HBO Max. While “Elvis” certainly isn’t everyone’s cup of tea, you can’t deny that it has an infectious energy to it that can’t be easily matched anymore.

Sure, the musician biopic subgenre of film seems a bit crowded right now, and if “Bohemian Rhapsody” taught us anything, it’s that not all of these movies are of the highest quality. However, you can’t accuse director Baz Luhrmann of slacking off with this frantic and idealistic portrait of an American icon. Austin Butler’s on-point interpretation of the singer and Tom Hanks’ cartoonish depiction of Colonel Tom Parker are some of the year’s most compelling performances. As /Film’s Rafael Motamayor put it in his review from Cannes, “Elvis” is essentially a comic book movie without the superheroes, and thank goodness for that. 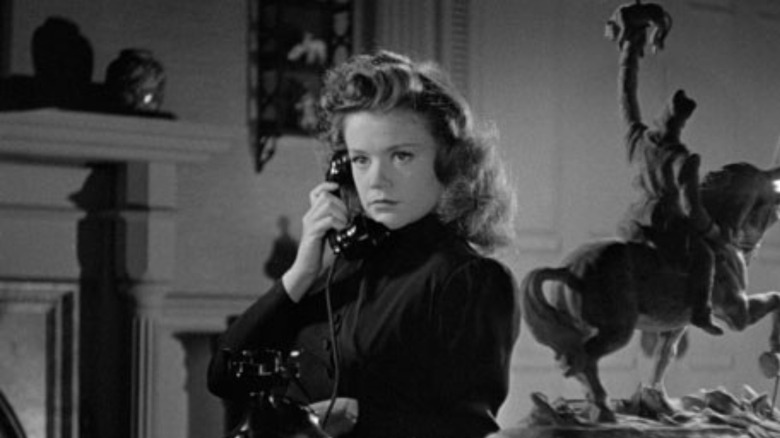 Although Paul Verhoeven’s 1982 remake often comes to mind when this title is mentioned, the 1942 original is still an essential part of horror canon. Jacques Tourneur’s story of love, lust, and cats may not be as obviously steamy due to its production during the reign of the Hays Code. However, you’d have to be watching this movie with your eyes closed if you can’t feel the sexual tension between Simone Simon’s Irena and Kent Smith’s Oliver.

“Cat People” may not be the most terrifying movie, as its restrictions in terms of violence and sexuality can come off as pretty corny. However, that is what makes it all the more compelling to watch from a history-based point of view. Horror during the Hayes Code had to get extremely creative in its storytelling, which resulted in some of the most memorable and iconic horror movies that are still referenced to this day. “Cat People” is one of these movies, and although it might not be as steamy as its remake released forty years later, it is still worth a watch.

We’re All Going To The World’s Fair 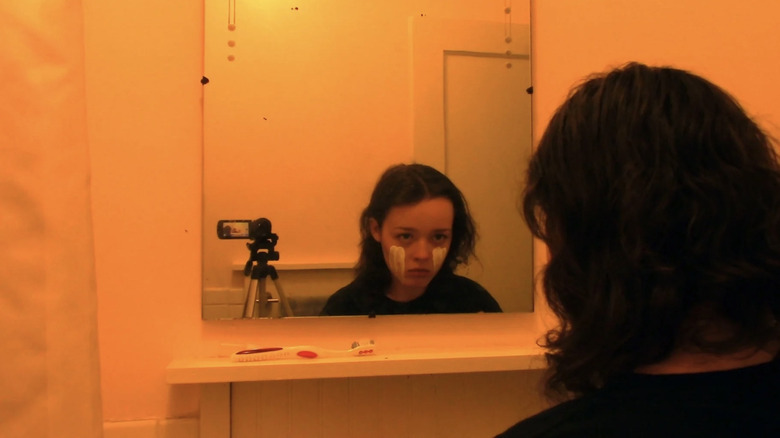 Jane Schoenbrun’s debut feature made quite the splash back at Sundance in 2021, and appropriately so. While quiet and simple in its delivery, “We’re All Going to the World’s Fair” provides one of the best looks at Internet culture put to film. The acting debut of Anna Cobb as a teenager finding her life consumed by an ARG (alternate reality game) is one that feels all too familiar to people whose entire coming-of-age involved the evolution of the Internet.

It also highlights something that many explorations of social media fail to acknowledge; sometimes, the internet can be kind of a good place. While the film forces Cobb’s Casey through some depressing stuff, it ultimately is a showcase of how access to information not otherwise available in real life can be life-changing for young people. The internet and what it can host is a double-edged sword, but according to Schoenbrun, it is a sword still worth wielding. 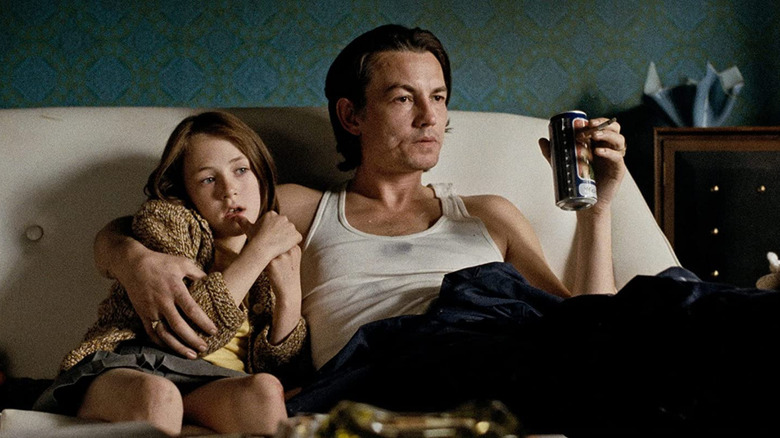 Watching the debut movie of an iconic director is always an interesting experience. You get to see the evolution of their cinematic voice from the very beginning; maybe they had a strong grasp on their style from the very beginning, or perhaps it was something they eventually grew into. In Lynne Ramsay’s case, her debut was a confident one that many still consider among her best.

Being minimalist in its dialogue and intense in its imagery, “Ratcatcher” is a movie that isn’t easily available to stream in a lot of places. It’s a hard movie to summarize because of this, but that’s a bit of a given considering how Ramsay visualizes her plots rather than explaining them. What can be explained is that it explores how growing up is both an exciting and terrifying time, the mysteries that aging brings sometimes being hard to stomach. Trust us when we say you won’t feel the same after watching it. 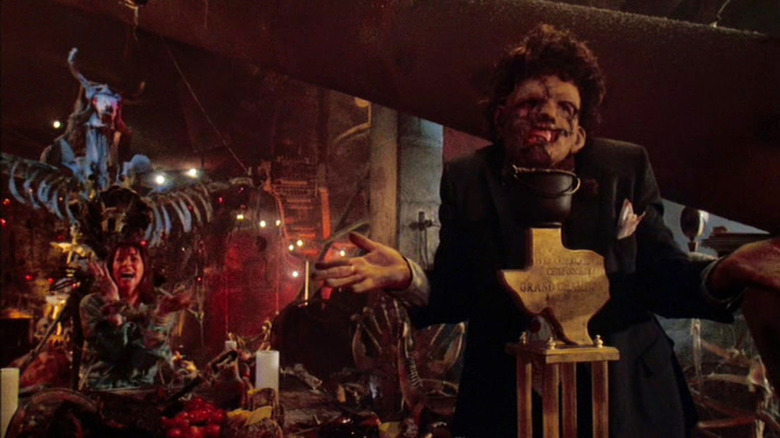 So, let’s transition over to something completely different. The original “Texas Chain Saw Massacre” is a classic that can never be replicated, no matter how hard people try and recreate it. With that in mind, why bother recreating it at all? That’s the question that Tobe Hooper posed with this cult classic, which saw the violence of the Sawyer Family get turned up to almost comical levels. While the reception upon release was pretty mixed, it has gotten a well-deserved reappraisal.

“Texas Chainsaw Massacre 2” is an exercise in excess; there is more blood, more guts, more chainsaws, and of course, more Leatherface. There are also far more colorful and boisterous characters, especially Dennis Hopper’s gonzo performance as the lord of the harvest, Lieutenant Lefty Enright. It’s a movie that you can just have fun watching, something you don’t have to think about too much. Just sit back and let the carnage flow.

Movies And TV Shows Coming To HBO Max In August 2022 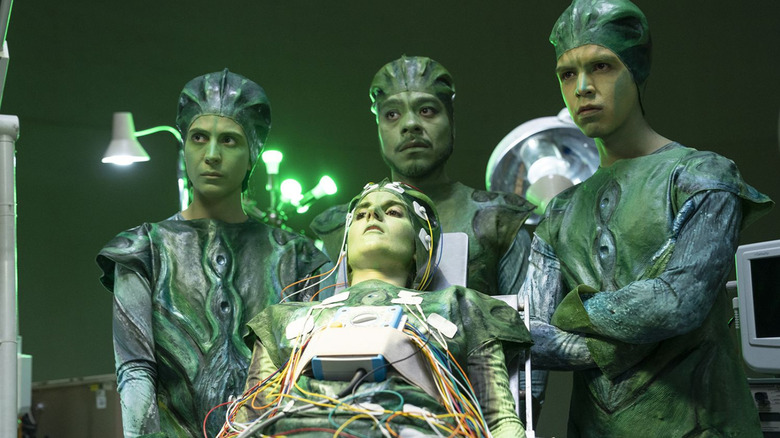 The post The Best TV Shows And Movies Coming To HBO Max In September 2022 appeared first on /Film.

The Lord Of The Rings: The Rings Of Power Early Buzz: One